Merging the Genders: Working Her Life in Films "While drawing a working woman character sketch we end up over masculinising them, we gradually lose the sensitive trail of the human race." Segnalo questo articolo di Sameera Khan Rehmani

When we watch films of our choice, as consumers of that content, films lay their focus on our emotional gratification and gradual build-up of a lasting connection with the story, characters and the whole concept of filmmaking. So, when we see our kind in any role on screen, we automatically start resonating with them and the image they project. Though there has been a regular climb in the journey of representation of women and their role on screen, there is a lot left to be desired. From being underrepresented to becoming subordinate selves, they have travelled far and wide and have managed to reach a point where sometimes the whole film can revolve around their character. They have donned the role of independent career woman, with sparks of their own along with their already existing role of homemakers and supporters to male characters. Many times, they go as far as overpowering the male leads due to a well-rounded sketch of the character development.

If we focus upon the image projection of career women in film quite a few times we will see that the women at the top of striving to be a top need to imbibe the qualities of image conveniently projected by men. Be it a corporate character sketch or a media mogul or even a career striving assistant, we witness them be to give the idea to the audience those women need to forgo their sense of softness, emotions, and empathy to reach the top of the chain. They need to self-inculcate a sense of cut-throat competition to reach a set level of success. In a way, they need to become as many as possible to push their way upwards in man’s world. Their need to dress in a certain way that emits power and exclusivity is shown to be one of the key factors of their character development. They require to stay away from so-called feminine qualities since they make them seem weaker in their journey toward success.

But are these stereotypes crucial in role development? Does the audience need to identify with them? Would it help women in general and will they truly get emancipated? Is the identification of ‘self’ with the ‘other’ important or does building up of women characters close to the real-life need to increase in number? The transition of real to reel and vice versa need to be talked in seriousness because the message that these films impart perhaps unconsciously leave a lot of loopholes when the human population in general and women in particular start to believe the absolute necessity of being like the ones they see and identify themselves with on screen. While drawing a working woman character sketch we end up over masculinising them, we gradually lose the sensitive trail of the human race. We tend to forget… (https://skrehmani.com/wp/2022/01/12/merging-the-genders-within-working-her-life-in-films/) gerardo.regnani@gmail.com   INDICE POST https://gerardo-regnani.myblog.it/ HOMEPAGE WEBSITE https://www.gerardoregnani.it/
gerardo.regnani@gmail.com 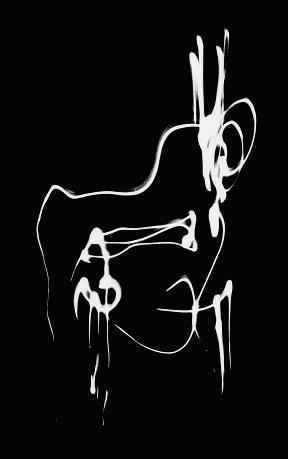